Let's Not Level Up on Sprawl- The Billion Dollar 526 Mistake

You can never solve a problem on the level on which it was created.” Albert Einstein. 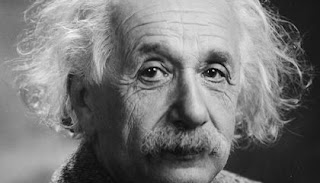 The announced plans to destroy over 111 homes building a monster sized eight lane I526 from N. Charleston to West Ashley to solve the congestion caused by 50 years of unconsidered development and road building, is a billion dollar attempt to solve a problem by applying the methods and values which caused it. It is the logic a crack addict uses when he sells his wife's wedding ring at the pawn shop to solve what appears to him to be the most important problem in the world, getting more crack.

Dana Beach, founder of the SC Coastal Conservation League, responded to our email about the plans to turn the western end of I526 through N. Charleston and West Ashley into an eight lane, sprawl inducing monster roadway with these thoughts.

The SC Dpt. of Transportation had announced a series of meetings, workshops and opened a temporary, local office to support planning for this terrifying project. Read the P&C Article listing these events from now to Nov. 19, 1.1 Billion Dollar Interstate plan. (There is no possible way they can build the roads planned for that amount of money, the actual sum has to be hundreds of millions of dollars higher. We'll be protesting our community's apparent incapacity to plan for the needs of people instead of cars on Nov. 29 (Black Friday) with a demonstration against building a suburban style gas station on land promised for a walkable, multiuse community on our new transit line with affordable housing: Spinx, Let Our People Go and Live on the Promised Line!

Dana Beach (image below) responded to our questions with these thoughts.


“I looked this famous quote up on the Internet.  (Insanity is doing the same thing over and over again and expecting a different outcome.) Albert Einstein apparently did not say it. It was actually used in an even more appropriate setting, an Alcoholics Anonymous meeting.

This behavior is a verifiably delusional and addictive form of behavior.  It is a particularly expensive form of addiction, not to mention particularly destructive, as the impact of these neighborhoods illustrates.

There is no way we can build our region out of traffic congestion by adding more asphalt, especially in the form of these mega projects that benefit only road contractors.

It is telling that a regional bus rapid transit system will cost less than 1/5 the price of this single “intersection improvement.“

Image, Right, our plan your transit big map activity invites young people and students to paln a transit enabled Lowcountry. We're happy to bring it to your school, church or civic organisation.

Oh, and did I mention that the bus rapid transit system will actually serve people who live in these neighborhoods and may not be able to afford a car to sit in gridlock on the newly expanded interstate?

And did I mention that a bus rapid transit system will prevent the emission of hundreds of millions of pounds of carbon dioxide into the atmosphere, thereby damping temperature increases?

Which brings me to another use of these billions of dollars: flooding. We have 13% of the total flood abatement funds needed just for the city of Charleston, not to mention Mount Pleasant and North Charleston.

Which brings me back to the bus rapid transit system. It is funded, unlike the rest of the both critical and wasteful initiatives. And yet, the county is dragging its feet and potentially dragging implementation out for a decade, despite the fact that cities is like Indianapolis have been able to get these projects up and running in 2 to 3 years.

I can only hope (based in this case on some evidence) that with our newly elected city council, sanity will re-emerge."

You can also hear Beach's thoughts on the BRT and local politics in this Quentin's Closeups  Video, starting at 11:46

If you would like to work with Best Friends of Lowcountry Transit on this issue please contact William J. Hamilton, III, (843) 870-5299 or email wjhamilton29464@gmail.com
Posted by William Hamilton at 7:26 AM