Spinx! Let Our People Go and Live on the Promised Line!

Best Friends will announce a demonstration, to in front of the existing Spinx gas stations on Rivers Ave. on Black Friday as part of the Global Climate Strike, phase II. The demonstration will have an Egyptian / Old Testament Theme with Ten Commandments for community planning along our future Rapid Transit Line. There will be a demand to let Our People Go to live on the Promised Line. The river of traffic will be parted so that people can reach the demonstration site from the bus stop across busy, and dangerous, rivers ave. As Moses once bid Pharaoh to make cities without bricks, we will remind Spinx that we build cities with people, not cars.

This demonstration is part of the second phase of the #ClimateStrike!

The Mystery of this Spinx

Spinx plans to build a suburban style gas station and convenience store on the SW corner of Rivers and McMillan Ave., about two miles south of the demonstration location. 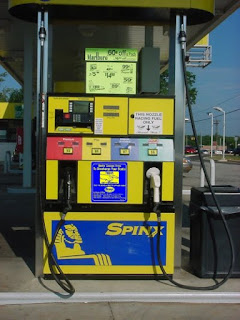 A transit enabled landscape for people centered around the Intersection of Rivers and McMillian Avenues, near the old Navy hospital in N. Charleston should be the centerpiece of the twenty five mile long linear community which will grow up along the Lowcountry’s planned Rapid Transit line. The demand for approval by the Sphinx gas station company for a three acre, suburban style gas station and convenience store is inappropriate and an insult to a community which has suffered a generation of neglect and abuse since the Navy Base shut down. The plan is redundant, with an Exxon gas station already standing across that same intersection. It is exploitative and provides no opportunity for affordable housing, high quality employment or civic or cultural use. It is wasteful, being a one story suburban facility sprawling across an absurd amount of ground which is centrally located on high ground in the middle of our new transit line. It will stand in the most notorious food desert in the region.
It is difficult to imagine a worse use for this much irreplaceable land. To aggravate matters, Spinx is alleged to have requested that the planned transit station across the street be relocated. For a company selling a product to drivers on the verge of mass conversion to electric vehicles like the ones Volvo is planning to build in nearby Ridgeville is equivalent to tearing down an Airport in 1925 to build a buggy whip factory. 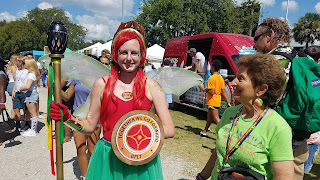 Best Friends of Lowcountry Transit is currently partnering with other groups both for the City Council presentation on Nov. 14 and the planned December demonstration. For more information contact William J. Hamilton, III, Executive Director, (843) 870-5299, (843) 577-5232 or wjhamilton29464@gmail.com. A facebook signup for the Nov. 14 appearance at North Charleston City Council is now online at https://www.facebook.com/events/440173266688006/

We'll have a Moses and a Pharaoh. You can choose to participate as a Hebrew or walk like an Egyptian. Don't sweat the details too hard, we're doing the movie, not real history or the Bible. You can also just come in regular clothes.

We are however, embarking on our journey to the promised land, a walk able, transit enabled community or diversity and opportunity where the car is optional and the future is sustainable.

Posted by William Hamilton at 10:48 AM