526 Funding- A Promise for Charleston County Transit Written, Remembered and Right to Keep.

I526 Funding- A Promise for Charleston County Transit Written, Remembered and Right to Keep.


Transit and the Margin of Victory-

Transit was the issue which allowed the November 2016 Half Penny sales tax referendum to win support of the majority of Charleston County’s voters. Funding I526 through contracts and debt arrangements which could force or be used to force the sacrifice of transit funds to cover cost overruns for the road project would be such a fundamental breach of trust with the voting public that it would make passage of future, similar referendums across the entire state harder or impossible for years into the future. Local funding for major transit and road infrastructure projects in SC might become impossible to win. 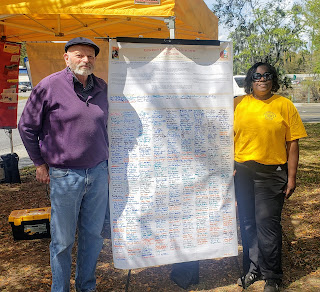 It was clear in 2016 that without a significant benefit to urban areas such as downtown Charleston and North Charleston, voters in those areas (who wouldn't be getting new roads or green space near where they lived), would vote against the tax. To build a balance of benefits that the voters would approve, County Council promised they would use 600 million dollars from the tax to fund construction of a rapid transit system and to improve regular bus service. It was also clear from debate at County Council that including funding I526 from Half Penny Sales tax funds would be too unpopular to allow the referendum to pass.

When Best Friends of Lowcountry Transit discovered the contents of the ordinance and referendum question had been changed and specific funding provisions regarding transit had been deleted, we suspended our Transit Complete the Penny Campaign we had already begun at a cost of over ten thousand dollars. (County Council voted on a written text which wasn't read to the public at their August 2016 meeting.) Several other groups withdrew their support of the referendum entirely. 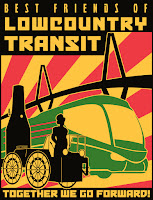 A Need for Better Transit-

Charleston County’s need for better transit was and is dire. Businesses in our vital tourism and medical sectors are unable to hire and retrain staff. Local wage levels won’t support the cost of housing and transportation between work and the regions declining stock of affordable housing. Young families must accept commutes of an hour or more between locations like Boeing and Summerville to find an affordable home and reliable public schools. Our county has the highest rate of pedestrian and cyclist deaths in the State in part because Transit doesn't enable safe, practical trips between work, school, health care and home, forcing people on to roads at night and in poor weather in places where it isn't safe.

A 600 Million Dollar Promise- We agreed to resume our campaign of support for the referendum if County Council with the leadership of Coleen Condon passed a resolution committing 600 million dollars of half penny sales tax funds to transit. That resolution was adopted by council in early October, 2016 and we resumed our efforts to pass the referendum, ultimately winning Charleston County the fund necessary to build the state’s first rapid transit system and to substantially improve inadequate CARTA and Tri-county LINK Bus services.

As part of that campaign, we created the Community Commitment to Transit, a 3 x 5 foot document on which the resolution passed by County Council was set out. Beneath the resolution are the signatures of elected officials including then and current County Council Chairman Elliot Summey and Mayor Tecklenburg of Charleston attesting to their support of the resolution. Below that are the signatures of over 400 citizens stating that they will act with us to enforce that commitment by council and those other elected officials. 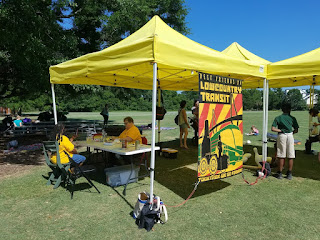 Best Friends of Lowcountry Transit is committed to the belief that every Citizen’s right to reasonable mobility should be respected. While it may appear to be simple minded and gullible on our parts, we do not accept the idea that achieving any goal desired through whatever chain of dishonestly and manipulation in politics possible is acceptable. We believe it is the right of ordinary citizens to expect their will, as expressed through their votes in response to the promises made by their elected officials, to be respected. That remains the foundation of public trust and government.


A Demand that  Promise be Kept-

On behalf of the hundreds of citizens whose signatures are on this commitment and our 2100 supporters, we demand that any agreement for the funding of the construction of I526 preserve and segregate the funding promised in the October 2016 resolution to the purposes of building the rapid transit system and improving bus service set out in that resolution.

It is not our charge to attempt to direct which of the sprawl inducing road projects the over 1.5 billion dollars from the tax apportioned to roads should be spent on. We leave that effort to the drivers who continue to believe, despite 70 years of proof to the contrary, that more highways will mean less congestion.

The Community Commitment to transit at Best Friends Office. Executive Director William Hamilton will be available to the media on Wednesday, April 3 from 10 am to 4 pm at the offices of Best Friends of Lowcountry Transit at 171 Church St. Ste 160. Anyone wishing to arrange a viewing or place their signature in one of the remaining signing spaces is invited to call (843) 870-5299 or email wjhamilton29464@gmail.comwjhamilton29464@gmail.com to schedule an appointment.

Posted by William Hamilton at 8:31 AM